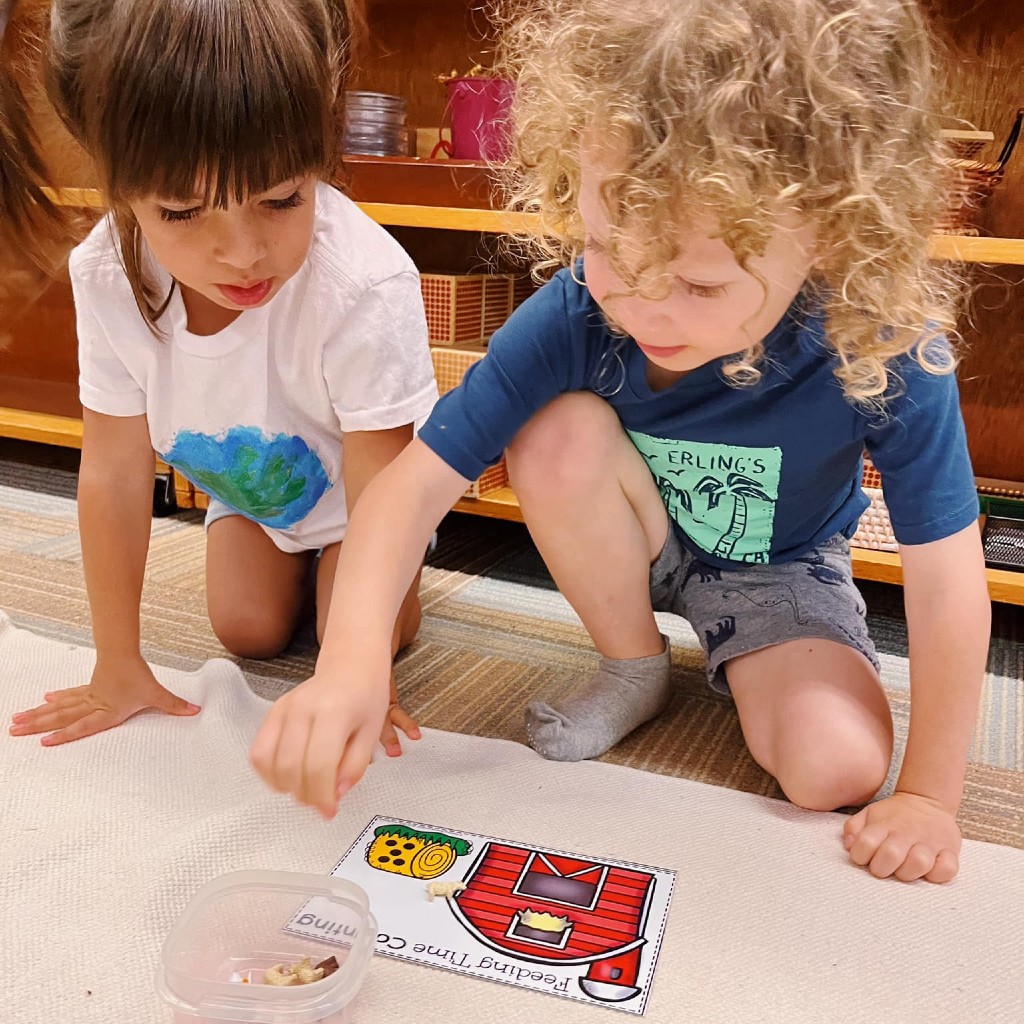 Hilltop Montessori School is a family. From a one room classroom in 1996, HMS has grown to serve students from 2 years old through 8th grade. We maintain a high fidelity Montessori program that keeps children rooted at the center. The teachers enjoy having a direct impact on every student and use the child's own curiosity to fuel their learning. A strong connection between school faculty and families creates a safe learning environment to raise your child from toddler through adolescence.

Families that choose HMS are looking for a different educational experience for their children. Students are partners and active participants in their education, instead of passive learners. There is more to education than passing exams. In addition to the basic curriculum, our students learn:

Notice of Nondiscriminatory Policy as to Students: Hilltop Montessori School admits students of any race, color, national and ethnic origin to all the rights, privileges, programs and activities generally accorded or made available to students at the school. It does not discriminate on the basis or race, educational policies, admissions policies, scholarship and loan programs, and athletic or other school administered programs.

Hilltop Montessori School celebrates diversity and inclusion in all aspects of academic and campus life. Reflective of best practices of an authentic Montessori education, we celebrate and value the uniqueness of every individual.

Hilltop Montessori School is an independent, secular, non-profit school offering the highest quality of private education based on the principles of Montessori philosophy. Hilltop’s school community is strongly multi-cultural and comes from a variety of socioeconomic backgrounds living in Jefferson, Shelby and St. Clair counties. The student body is composed of children from 18 months through eighth grade. The environment promotes a child’s discovery, learning, teaching, and growth and encourages independence and a love of learning, as well as intrinsic motivation to excel academically.

Hilltop Montessori’s curriculum fosters within each child a positive attitude toward learning, respect toward self and others, and an understanding of one’s responsibility to the world. The curriculum is geared to each child’s unique abilities and needs, allowing each child to be empowered at his or her own level of aptitude and achievement.

Hilltop Montessori School was founded in Birmingham, Alabama, in 1996 by Cindi Stehr, who believed strongly in the fundamental theories of Montessori education. The school received its status as a non-profit corporation in 1998 when the original preschool program was expanded to include an elementary program, developed by Michele Wilensky. Since that time, Hilltop has grown tremendously to include two toddler programs, four primary classrooms, two lower elementary classrooms, one upper elementary and a middle school adolescent program.

The school was originally accredited by the Southern Association of Colleges and Schools (SACS) in 2004 and is also accredited by the Southern Association of Independent Schools (SAIS), and the National Council of Private School Accreditation (NCPSA). Our toddler through sixth-grade programs are also accredited by The American Montessori Society, which is a 20 step process. While many schools can be members of the American Montessori Society, only about 200 in the world have the privilege of AMS accreditation. This is a symbol our commitment to Montessori education with highly credentialed and internationally recognized faculty.

The school’s campus sits on over 7 acres in the beautiful, picturesque town of Mt Laurel. Our primary building is LEED-certified with the U.S. Green Building Council and our entire campus is a certified National Wildlife Habitat. A separate building houses a gym, musical theater area, art studio, science lab and a state of the art teaching kitchen modeled after Alice Waters’ Edible School Yard in Berkley, California.

As with other non-profit, private schools, the school is run by an administrative structure that also includes a Board of Trustees as its governing body. The Board of Trustees includes business professionals, a child psychiatrist, an architect, and an array of individuals who are passionate about Montessori education.

Hilltop receives many generous donations of support, both locally and nationally. Twice, the school has received the prestigious Ursula Thrush Peace Seed Grant, named in honor of a noted Montessori educator who worked toward peace education throughout her lifetime. The school has also received two grants from the Whole Kids Foundation for our edible gardens and the apiary. Recent grants include support from CSX Transportation through the Healthy Kids Initiative. Previous donations have come through The Daniel Foundation, The Community Foundation of Greater Birmingham, USAmeribank, Regions Bank, Vulcan Materials, and private donations.

Monthly opportunities for parent interaction involve our whole community in the learning process and encourage family participation, creating a healthy relationship among students, educators, and the home. Many parents serve the school through volunteer opportunities, including assistance with fundraising, participation with family events, and work in the classrooms. Parents of Montessori students are encouraged to become involved participants in their children’s education. Hilltop Montessori School’s stakeholders vary and include grandparents, alumni, board, parents, and the community of Birmingham. 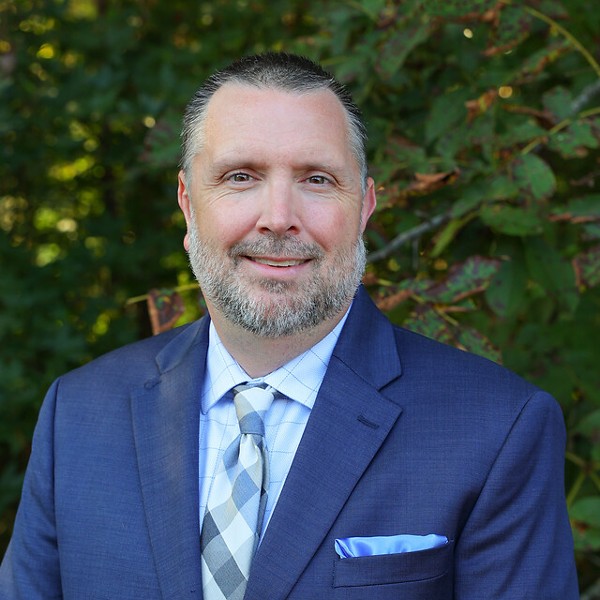 From Our Head of School

Thank you for taking the time to visit Hilltop Montessori School’s website.  At HMS, we believe in giving children the opportunity of learning how to solve problems for themselves through hands-on experiences and materials guided by our wonderfully talented faculty and staff.  Dr. Maria Montessori once said, “The greatest gift we can give our children are the roots of responsibility and the wings of independence.”  In addition, we believe practical life skills, grace and courtesy are as important to education as reading, writing, math, and science. Hilltop offers a unique learning opportunity to young people ages 18 months - 8th grade.  We continue to strive for a learning environment that develops young people into creative successful innovators, problem solvers, and leaders for the future.

•Was founded in 1996 by Cindi Stehr with the goal of offering an exceptional Montessori education to Birmingham students of all interests, backgrounds and abilities.

•Is accredited by the American Montessori Society, Cognia, SAIS, NCPSA

•Was the first private school in the country to have a LEED (Leadership in Energy and Environmental Design) certified building.

•Alumni include a Fulbright scholar, National Merit Scholars, honor society students, national winners in science, foreign language, history and achievement and numerous other awards as noted on our alumni page.

We invite you to visit our beautiful campus located in the township of Mt. Laurel to see this unique and wonderful learning environment in action.

At Hilltop Montessori School, we have core beliefs as educators, which are listed below:

Hilltop Montessori School maintains a commitment to the founding principles and philosophies of Montessori education.

All children have an innate drive and ability to learn. The educational community should follow the child and meet each child’s needs.

Each child has a preferred learning style and progresses at an individual rate. The teacher must assess the child in an ongoing way and facilitate growth by challenging the learner.

The role of the teacher is to facilitate learning in a safe, secure environment that promotes freedom of choice, encourages trial of new experiences and promotes learning.

A successful educational experience requires participation of the child, parents, teachers and community.

Parental involvement is integral to a child’s academic, social and emotional success.

Each teacher has a commitment to growth that is exemplified by an ongoing personal development both in education theory and practice.

Hilltop Montessori School seeks to promote environmental stewardship through curriculum elements and through its facility.

Learn more about Maria Montessori and the
philosophy that guides us.
Learn More

Accreditation means parents can be assured that high standards are met regarding teacher qualifications, curriculum, facility materials and a continuous cycle of improvement is inherent within the culture of the school.

For more information about what it means to be an AMS accredited school, read this brochure: Your Child Is in an Accredited School. 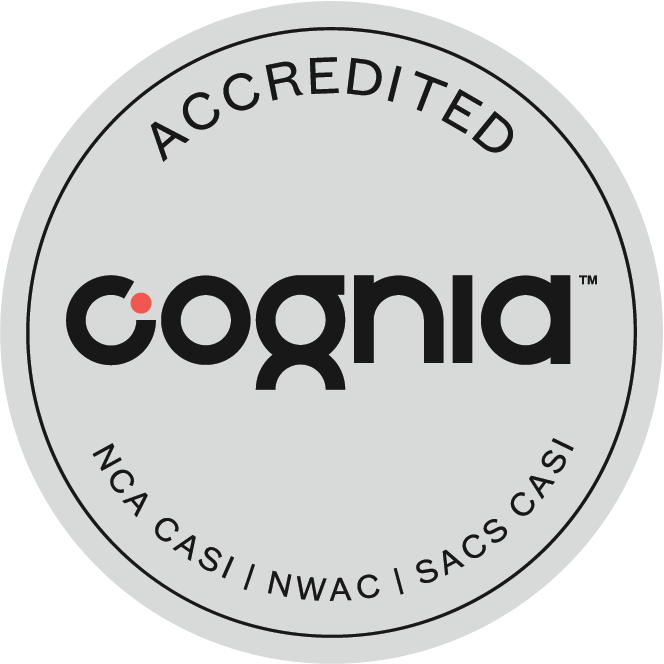